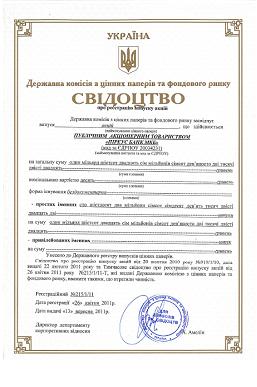 “Today Piraeus Bank in Ukraine is very well capitalized, more than enough, I would say, – Vyacheslav Koval, Piraeus Bank in Ukraine acting Chairman of the Management Board, said. – For instance, funds invested in the Bank by shareholders (UAH 1,628 bln) significantly exceed the amount of funds obtained due to our clients (UAH 1,342 bln as of 22.09.2011). From the one hand, it increases the confidence of our clients, and from the other hand gives the great opportunities for the Bank’s loan portfolio increase. Starting from the beginning of 2011, Bank granted UAH 489 mio of new loans to corporate clients, small and medium enterprises and private individuals. We expect this figure to grow significantly till the end of the year”.