As it is stated in the Document, a year after the full development of the economic crisis in Greece and in the broader region, Piraeus Bank Group has managed to strengthen its position. «The Group’s balance sheet is solid, its liquidity position is close to historically high level, operating expenses remained flat and pre-provisions profit amounted to €603 mn in the nine month 2009 versus €670 mn in the respective period of 2008», Michalis Sallas, Piraeus Bank Group Chairman of the Board of Directors mentioned.

According to Mr. Sallas, while the positive signs for a recovery in the global economy are progressively getting stronger, Piraeus Bank’s prudent management will continue to comprise the major element of its policies and development targets in the broader region markets where it operates and where medium term prospects remain positive.

Tangible Equity (excluding intangible assets, goodwill, hybrid capital and the preference shares) to Tangible Assets ratio at 5.9% compared to 5.0% at the end of 2008, which is amongst the highest in Europe. 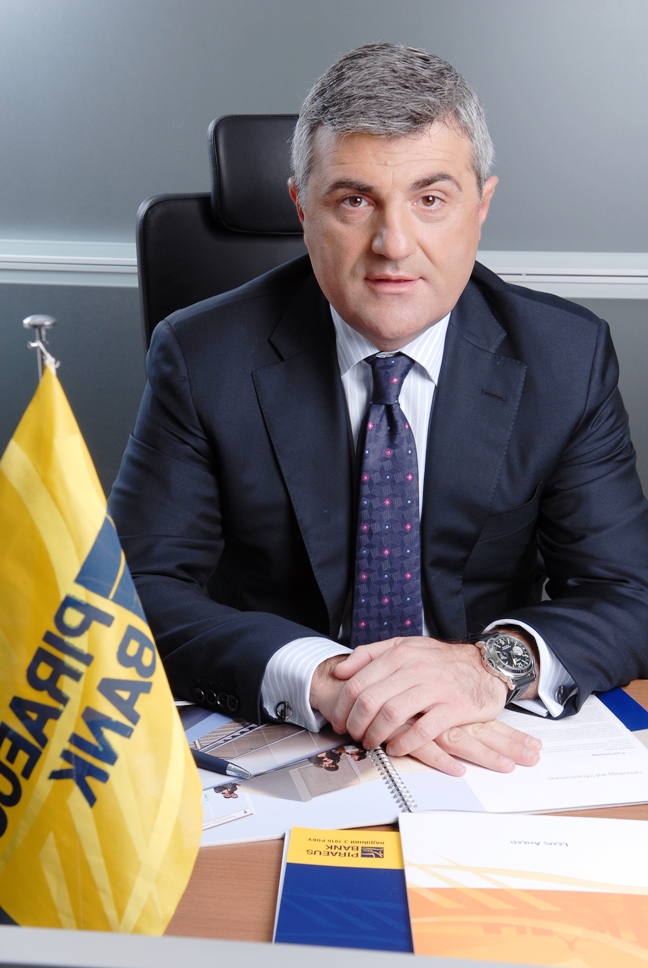 Note. Piraeus Bank is one of the major banking institutions of Southern and Eastern Europe with assets of EUR 52.3 bln and total equity of EUR 3.75 bln (as of 30.09.2009). Established in 1916, Piraeus Bank today has presence in Greece, Ukraine, Romania, Bulgaria, Albania, Egypt, Serbia, Cyprus as well as in the world financial centres of New York and London. Piraeus Bank S.A. leads Piraeus Bank Group, which consists of 10 banks and 21 companies covering the entire range of financial services.
In Ukraine Piraeus Bank provides a full range of banking services to individuals, small and medium business and to corporate clients. The regional network of Piraeus Bank ICB covers 14 regions of Ukraine.

Piraeus Bank is a member of Association of Ukrainian Banks, participant of the Fund of Guaranteeing the Deposits of Individuals. The Bank also included in the list of banks authorized by the Pension Fund of Ukraine to make payments of pensions and financial assistance.

On the 2nd of October, 2009 independent credit rating agency “Credit-Rating” has confirmed the highest rating of deposits reliability of Piraeus Bank provided in March 2009 (mark “5”), that shows the bank's capacity to timely and in full make payments on existing deposits.