Piraeus Bank in Ukraine, taking care of the quality and uninterrupted operation of banking services for its clients, has made a decision to relocate the part of its computing and communication capacities to data processing center (DPC) of De Novo Company. DPC De Novo, opened on November 23, 2010, is the only commercial data center in Ukraine that meets the strict requirements of international standard TIA-942 as well as the requirements of the National Bank of Ukraine for the server rooms of banks and financial institutions (Resolution №243 "On approving the Rules of data technical security for information protection of the bank premises where electronic bank documents are processed” dated 04.07.2007).

DPC De Novo corresponds to the TIER III level of reliability and due to life supporting subsystems to the TIER IV of international standard TIA-942. The main thesis of this standard is the set of strict requirements for reliability and fail-safe feature of all the life supporting systems of the data center without any exception. This is the first outsourced data center of this level not only in Ukraine but also in the CIS countries.

According to Maxim Ageev, the CEO of De Novo, the data center services are focused on the banking sector. «These services have the real value for those banks that do not temporize with the concept of reliability», Mr. Ageev said. «Precisely such is Piraeus Bank, which became the first client of our DPC».

Maxim Ageev, CEO of De Novo Company: "These services have the real value for those banks that do not temporize with the concept of reliability. Precisely such is Piraeus Bank, which became the first client of our DPC"

Having installed its computing and communications equipment into the capacities of DPC De Novo Piraeus Bank became the first bank in Ukraine, which provided such a level of security and uninterrupted processing of its services. According to Vyacheslav Koval, head of management board of Piraeus Bank in Ukraine, this decision is strategic as the international Piraeus Bank Group is well known for its processability and innovativeness. "The quality of banking products implicates the corresponding technological support. Installing the part of our computing services at the capacities of data center measures up the standards of our parent bank ", Mr. Koval said. 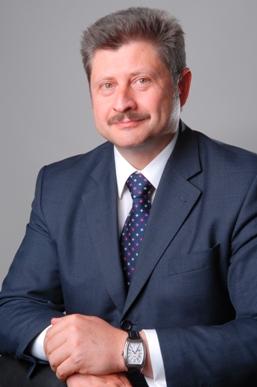 Vyacheslav Koval, Piraeus Bank Head of Management Board:
"Installing the part of the bank computing equipment in data center with the highest level of reliability TIER III+ that is unique for the CIS countries enables to enhance the services’ quality, safety and security of the clients data"

According to Mr. Koval, this decision will collaterally provide the bank with ultra-reliable and uninterrupted functioning of information infrastructure. Moreover, it enables to scale and implement new services and systems taking into account the market growth of Piraeus Bank in Ukraine and the amount of its clients. Capabilities of the data center will also allow to host server and communications equipment that is necessary to operate the electronic banking system, which the bank plans to launch early next year.

"Due to the capabilities of the data center that is unique for Ukraine our clients will be able to get the best qualitative, reliable and secure service", Piraeus Bank Head of Management Board assured.

Piraeus Bank is one of the major banking institutions of Southern and Eastern Europe with assets of EUR 56.6 bln and total equity of EUR 3.4 bln (as at 30.06.2010). Established in 1916, Piraeus Bank today has presence in Greece, Ukraine, Romania, Bulgaria, Albania, Egypt, Serbia, Cyprus as well as in the world financial centers of New York and London. Piraeus Bank S.A. leads Piraeus Bank Group, which consists of 10 banks and 21 companies covering the entire range of financial services.

Piraeus Bank has the highest rating of deposits reliability of Piraeus Bank provided in March 2009 (grade “5”), that shows the bank's capacity to make payments on existing deposits timely and in full.

De Novo Company was founded in 2008. De Novo specializes in providing professional IT-services for the leaders of dynamic segments of the Ukrainian market. De Novo experts have extensive experience in implementing projects on the survey, design, implementation and maintenance of corporate-level IT systems. The company KM Core ("Quasar-Micro” up to September 2010), the International Finance Corporation (IFC) and the world's largest corporate venture fund Intel Capital are the De Novo’ s shareholders.

De Novo has its own data center - the first commercial data center in Ukraine, which meets the requirements of TIA-942, level TIER III, one of the highest in the industry. De Novo data center architecture allows the use of "green" technologies such as Freecooling - economical method of cooling in the cold season due to lower outdoor temperature.