Piraeus Bank entered TOP-3 banks with the most reliable deposits 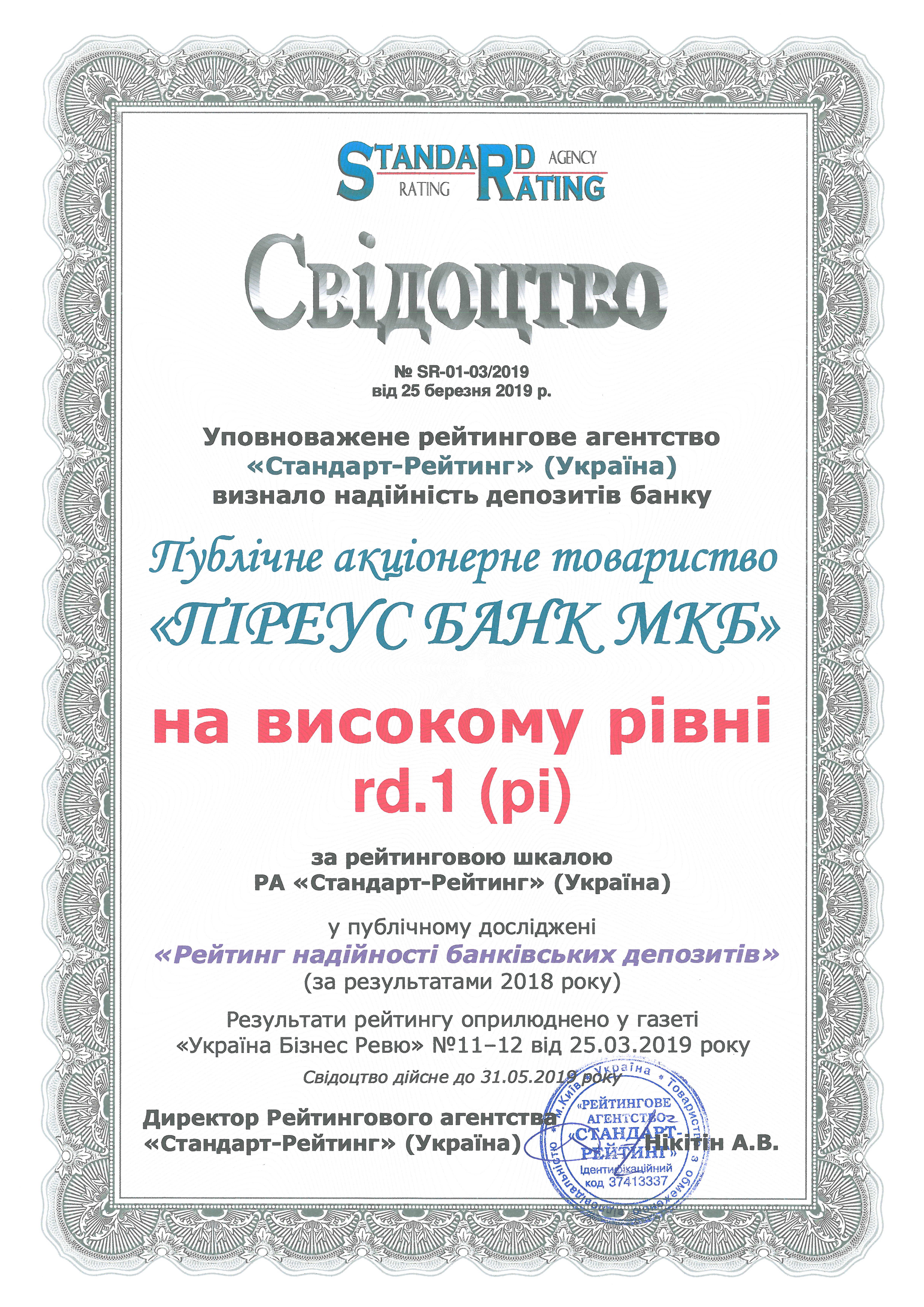 In deposit ratings "Standard Rating" RA used approaches of the classical CAMEL model already adapted to Ukraine. During the assessment the agency examined definite groups of factors and their impact on the reliability of deposits. The following factors were taken into consideration: a bank’s capital, loan portfolio quality, liquidity, profitability of operations, the scale of operations, shareholders' support and deposit programs quality.

Despite complicated situation in the banking sector, Piraeus Bank strengthened confidently its positions on Ukrainian market during the last 10 years.