Starting from February 2012, the Piraeus Bank in Ukraine business clients are able to use the overdraft "Beneficial interest" at the reduced rate.

"Piraeus Bank continues to improve lending conditions for small and medium businesses as long as business customers’ servicing is a key business trend for the bank. In early February Piraeus Bank has lowered interest rates on credit offers "Smart Overdraft" and "Loan Package", and recently the bank offered its customers more loyal terms of "Beneficial interest" overdraft. It is the ultimate solution for business customers who need financing to cover the short time gap between expected revenues on the current account and the need to make payments from current account – Pavel Grusha, Piraeus Bank in Ukraine manager of SME division, said. - The main advantages of this credit offer are flexible interest rate that depends on the frequency of full repayment of the overdraft and the overdraft’s limit quarterly enumeration, which allows companies that demonstrate the growth of their business activity to increase the credit limit automatically. In addition, business customers are able to arrange an overdraft under the collateral of 100% of goods in circulation, thus avoiding the cost of collateral notarization." 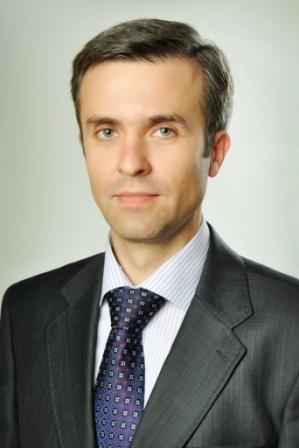 Pavel Grusha, Piraeus Bank in Ukraine manager of SME division: "Overdraft "Beneficial interest" is the ultimate solution for business customers who need financing to cover the short time gap between expected revenues on the current account and the need to make payments from current account"

Piraeus Bank has the highest rating of deposits reliability provided by “Credit-Rating” Agency (grade “5”; last update took place on 28.12.2011), that shows the bank's capacity to make payments on existing deposits timely and in full. The Bank has «uaA» long-term credit rating with the forecast "stable" provided by “Credit-Rating” (updated on 22.12.2011). This long-term rating belongs to the group of investment ratings that is one of the highest ratings given to banks operating on the Ukrainian market.