National Bank of Ukraine has permited Piraeus Bank ICB to include the subordinated term debt granted by its parent company Piraeus Bank S.A. (Athens, Greece) to the bank capital base. NBU Banking Supervision and Banking Regulation Committee has taken the corresponding decision №856 dated of 29.12.2009. 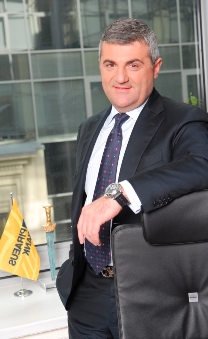 Chairman of the Supervisory Board Mr. Ioannis Kyriakopoulos

According to the Agreement for granting loan in form of a subordinated term debt dated of 16.12.2009 Piraeus Bank ICB has obtained a long term loan in an amount of USD 50 mln granted by parent company Piraeus Bank S.A. According to Yannis Kyriakopoulos, Piraeus Bank ICB Chairman of the Supervisory Board and Country Manager for Ukraine, this loan has strengthened significantly the capital base of the bank and shows a strong support of the parent company toward its subsidiary in Ukraine.

After the loan was received and NBU permition was granted Piraeus Bank ICB regulatory capital increased by USD 50 mln as at 30.12.2009 and amounted to UAH 686,44 in total as at 05.01.2010. As it was announced previously, the registered authorized capital of Piraeus Bank ICB JSC amounts to UAH 510 mln.

Note. Piraeus Bank is one of the major banking institutions of Southern and Eastern Europe with assets of EUR 52.3 bln and total equity of EUR 3.75 bln (as at 30.09.2009). Established in 1916, Piraeus Bank today has presence in Greece, Ukraine, Romania, Bulgaria, Albania, Egypt, Serbia, Cyprus as well as in the world financial centres of New York and London. Piraeus Bank S.A. leads Piraeus Bank Group, which consists of 10 banks and 21 companies covering the entire range of financial services.

In Ukraine Piraeus Bank provides a full range of banking services to individuals, small and medium business and to corporate clients. The regional network of Piraeus Bank ICB covers 14 regions of Ukraine.

Piraeus Bank is a member of Association of Ukrainian Banks, participant of the Fund of Guaranteeing the Deposits of Individuals. The Bank also included in the list of banks authorized by the Pension Fund of Ukraine to make payments of pensions and financial assistance.

On the 25th of December, 2009 independent credit rating agency “Credit-Rating” has confirmed the highest rating of deposits reliability of Piraeus Bank provided in March 2009 (grade “5”), that shows the bank's capacity to timely and in full make payments on existing deposits.