«Despite of difficult situation in Greece Piraeus Bank, one of the leading banking groups in South and Eastern Europe, showed a significant expansion of its business in Ukraine in terms of qualitative and quantitative results in 1H 2011”, Yannis Kyriakopoulos, Chairman of the Supervisory Board of Piraeus Bank ICB, said. “During the first 6 months of the year we opened 4 new European-style branches in Lviv, Odessa, Donetsk and Mariupol. We put into operation internet banking system and fully built SME business line. Besides, we launched a large-scaled training program and contest “Model of Quality" for front offices. This made a very positive impact on quality of service as evidenced by the results of mystery shopping research. And most importantly that Ukraine needs today we actively gave loans to real economy”, Mr. Kyriakopoulos said.

The total amount of new loans disbursed by Piraeus Bank to solvent borrowers in Ukraine in 1H 2011 exceeded UAH 388 mln. Majority of loans were disbursed to medium and large businesses. "We have enough financial resources and competitive banking products for further significant expansion of our loan portfolio. This is the main source of reduction of the bank`s losses, mainly due to making a provisions for non-performing loans which appeared mostly as a result of the economic crisis 2009-2010 in the country. Although the Ukrainian economy is growing today, certain legal and regulatory amendments such as bankruptcy legislation need to take place so that creditors are well protected. We believe that all these are in the process of happening as we also notice that borrowers` profile is improving. Moving into the third quarter of 2011, July has been a profitable month for the Bank and we therefore feel comfortable that our lending business will allow us to become profitable in 2012 overall", Yannis Kyriakopoulos said.

Yannis Kyriakopoulos, Сhairman of the Supervisory Board of Piraeus Bank ICB: «Our shareholders increase the share capital of Piraeus Bank in Ukraine for UAH 785 mln displaying the strongest commitment to make our Bank a successful player in the country»

In Q2 2011, Piraeus Bank has fully made the provisions for NPL in the amount of UAH 723 mln. "According to the Ukrainian lagislation, these provisions should be classified in the category “Loss” and therefore are accounted in the bank’s financial result with a “minus” tag which amounted to UAH 656 mio in H1”, - Vyacheslav Koval, Piraeus Bank in Ukraine acting Chairman of the Management Board, said.

"These losses did not affect in any way capital adequacy and liquidity ratios of Piraeus Bank in Ukraine which are the main indicators of the bank’s reliability as long as they were predicted. We planned to make the provisions in full in Q2 2011. For this purpose the regulatory capital of Piraeus Bank in Ukraine was increased to the appropriate amount. The major shareholder, Piraeus Bank S.A., increases the share capital of its subsidiary bank in Ukraine for UAH 785 mln at the moment. After the state registration of the additional issue of shares that will be completed in autumn, the registered share capital of Piraeus Bank ICB will amount to UAH 1,628 bln (i.e. almost doubled). As of 29.07.2011, even taking into account the above mentioned amount of losses, the regulatory capital adequacy ratio (H2) of Piraeus Bank amounts to 21,56% that more than two times higher than the relative NBU standard (not less than 10%); instant liquidity ratio (H4) amounts to 103,2% that is fivefold more than the NBU standard (not less than 20%). These high figures indicate that Piraeus Bank is capitalized very well and is ready to expand its business activity in Ukraine”, Vyacheslav Koval mentioned. 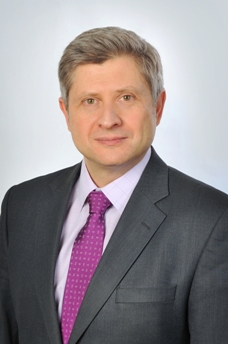 Now Piraeus Bank is actively lending to medium and corporate businesses in Ukraine, as well as disbursing mortgage loans to individuals. Competitive and transparent lending terms allow to steadily increase the “healthy” loan portfolio. In January-July 2011 Piraeus Bank has originated loans for UAH 403 mln, over UAH 200 mln of which to small and medium enterprises.
Apart from expanding its lending activities that is the main way out to the break-even level, Piraeus Bank is also actively working with non-performing loans. “The whole bad loan portfolio of the bank is secured by collateral, and we see the sources of repayment and good potential for reducing the amount of problematic debts and thus reduction of the bank’s losses”, Vyacheslav Koval said.

Note. Piraeus Bank is one of the major banking institutions of Southern and Eastern Europe with assets of EUR 56.6 bln and total equity of EUR 4.3 bln (as of 31.03.2011). Established in 1916, Piraeus Bank today has presence in Greece, Ukraine, Romania, Bulgaria, Albania, Egypt, Serbia, Cyprus as well as in the world financial centres of New York and London. Piraeus Bank S.A. leads Piraeus Bank Group, which consists of 10 banks and 21 companies covering the entire range of financial services.

Piraeus Bank has the highest rating of deposits reliability provided by “Credit-Rating” Agency since March 2009 (grade “5”; updated on 02.08.2011), that shows the bank's capacity to make payments on existing deposits timely and in full. The Bank has «uaA» long-term credit rating with the forecast "stable" provided by “Credit-Rating” (updated on June, 21 2011). This long-term rating belongs to the group of investment ratings that is one of the highest ratings given to banks operating on the Ukrainian market.