26 August
Oksana Ahverdieva has become the winner of the action "Velvet Season" from Piraeus Bank. Being the client of the Kiev branch on Illinskaya str. 8,she had opened a service package “Financial Guide” on March and has been defined as the action winner via computerized random draw this week. 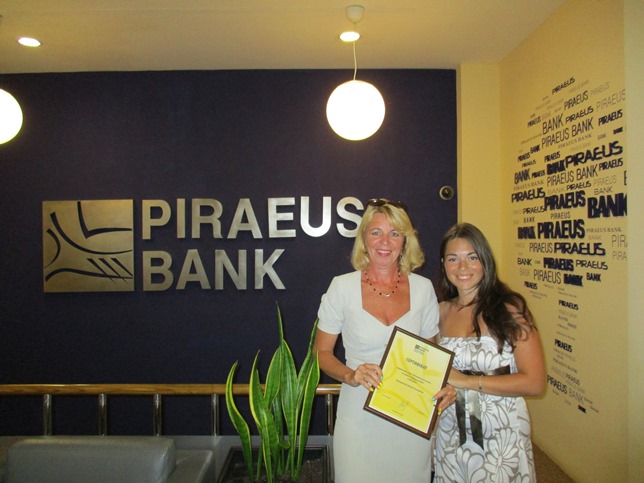 According to the actions terms, O. Ahverdiyeva received the prize from Piraeus Bank – 7-days tour for two people to Crete including tickets Kyiv-Heraklion-Kyiv, accommodation in the hotel Spa 5* with breakfast and dinner.

As O.Ahverdieva said during gift awarding: "Firstly, I did not believe that I had become a winner, but when I understood that it was true, I got really happy. I will continue to use the services by Piraeus Bank and advise my friends be served only here."

Also, another five clients have received the valuable gifts.